All members of Making Families Count are recognised experts in their different fields. Our members are a mix of people who have suffered the loss of a family member through traumatic and complex bereavement and highly experienced, senior NHS investigators, which has given them a unique understanding of the importance of positive family engagement.

“An amazing and eye opening day at the MFC conference workshop today. This should be mandatory training for all NHS staff” Emma Cole, Essex Partnership University NHS Foundation Trust 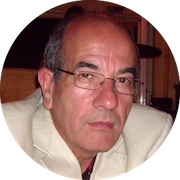 For 9 years Stephen was Chairman of PAPYRUS Prevention of Young Suicide following the death by suicide of his only child Christopher in 2009.  He stepped down from this role last year.

Stephen spent almost 30 years in the Prison Service as a prison governor working in many prisons and has spent two periods in the Home Office as an advisor. For some years he was Head of Prisoner Escort and Custody Service, responsible for all prisoner movement in England and Wales, and responsible for the care of prisoner’s whist at court.  His final role with the Prison Service was to lead a project to close prisons that were no longer fit for purpose and this led to the closure of seven prisons.

He is engaged in several additional roles, including:

He is passionate about increasing awareness of young suicide, reducing stigma, and reducing the number of young people who take their own life each year. Julian Hendy is an award-winning investigative journalist and documentary filmmaker. In 2007, Julian’s father, Philip, was murdered by a mental health patient with a psychotic illness cared for by Avon and Wiltshire Partnership NHS Trust.

In 2010 Julian made a film for BBC2, which explored what had happened to his father (and others) and questioned why many mental health services appear unable to learn effective lessons from such homicides.

He went on to establish the Hundred Families charity which supports and advocates for families after Mental Health Homicides and works with the NHS and others to embed effective learning and prevent further avoidable deaths. Julian is a lay member of NHS Independent Investigations Governance Committee, NHS South’s Independent Investigations Review Group, and sits on the ministerial advisory panel for victims at the Ministry of Justice. He’s also an advisor to the Welsh and Scottish Governments on victim engagement following mental health homicides.

In 2014, while working with Julie Kerry (who was then Assistant Director of Nursing and Regional Mental Health Homicide Lead for NHS England), she and Julian together set up the Making Families Count group. 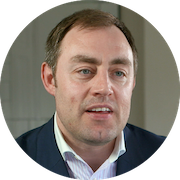 Len Hodkin is a criminal defence solicitor based in South London and a Trustee for the Hundred Families charity.

Len’s mother Sally Hodkin was attacked and killed on her way to work by a mental health service user with a history of extreme violence and drug abuse.

An independent investigation commissioned by NHS England in 2017 found that NHS and police failings had contributed to Mr Hodkin’s murder. In 2018 Len acted as legal representative for the family at his mother’s inquest, where the coroner recorded a verdict of unlawful killing at the conclusion of the two week inquest.

Len and his family have campaigned strongly to raise awareness of failings in care regarding this case, issues with the wider system of investigation of mental health homicides and how families are so often failed by the NHS investigation procedure.

Len is a compelling and engaging speaker on the family experience of the NHS investigation process. 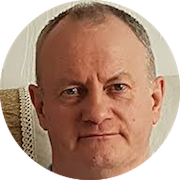 Frank is the CEO of Advocacy After Fatal Domestic Abuse (AAFDA), a centre of excellence for reviews after domestic homicide and for specialist peer support. Frank helped ensure Domestic Homicide Reviews (DHRs) became law, was asked by government to help develop the model and continues to work closely with the Home Office to enhance the methodology. From its inception in 2011, AAFDA has been a member of the national panel that quality assures DHRs and Frank is a Home Office appointed reader (provides assessments of DHRs to the panel). He is a Home Office accredited Chair for DHRs and trains others to undertake them.

Frank is a member of the national Victims’ Panel chaired by the Justice Minister. He co-authored a book “Domestic Abuse, Homicide and Gender: strategies for policy and practice” (2014) and has had three chapters published in different books, including in Domestic Homicide and Death Reviews (2017) and “When Parents Kill Children” (2018). He has developed a model for helping families to be integral to reviews, thought to be unique in the world. He is an Honorary Fellow of the University of Gloucestershire (outstanding work on domestic violence and homicide). Frank’s sister Julia and nephew William Pemberton were murdered in 2003.

Frank previously worked as a business consultant and is a qualified accountant.

Frank was awarded an MBE in the 2019 New Year Honours list for services to families bereaved by domestic homicide. 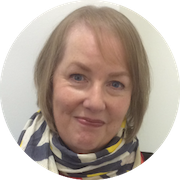 Rosi Reed has been part of the Making Families Count training team since its inception. Rosi’s background before joining MFC was running her own arts marketing and production company.

Rosi’s son Nico died unexpectedly in an NHS run supported living home in 2012. At the end of 2014 there was an Article 2 inquest into his death which resulted in a 2.5 year investigation (which published in June 2018) which found Nico died as a result of poor care and poorly commissioned care. Throughout the 6 year fight for an investigation into her son’s death, Rosi has campaigned tirelessly for better family engagement by the NHS at all levels.

Rosi has a high profile on social media, writes a blog and frequently speaks at conferences on the importance of positive family engagement in health and care. 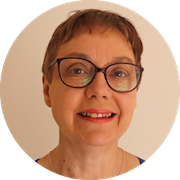 Jan Sunman started her professional career as a social worker specialising in supporting children with mental health needs and their families. Since then, she has volunteered, campaigned and worked in the field of learning disability for 38 years.

She campaigned against cuts to short break services for disabled children and their families, and spearheaded the foundation of the Chiltern Centre as a charity providing respite care to serve disabled children in South Oxfordshire which continues to support many local families.

Jan worked for Royal Mencap Society as a regional development officer and won a Mencap National Partnership Working Award in that role. Later, she helped develop Oxfordshire Family Support Network (OxFSN), a local charity for families supporting relatives with learning disabilities. Jan was also a member of the Transforming Care Programme Board in Oxfordshire.

Jan currently acts as a reviewer in Care and Treatment Reviews for people with learning disabilities in community and hospital settings. She has taken part in training for reviewers for the Learning Disability Mortality Review process.

In the past, she has served as a trustee for two national charities, The Royal Mencap Society and NOFAS, a charity dedicated to supporting people affected by Foetal Alcohol Spectrum Disorders.

Jan’s personal experience of the loss of her eldest daughter, Katy, who was disabled and who died prematurely at the age of 25 from sepsis, has made her very aware of the issues families face when a loved one dies in complex and traumatic circumstances. She has worked with a number of families of disabled relatives facing traumatic loss.

She has two other children, her daughter Laura is a children’s nurse and her son, Matthew – a steam train addict – has severe learning disabilities and autism.

Jan Fowler is a Director of Making Families Count. She was an early advocate of MFC and put the organisation forward for the Kate Granger Compassionate Care award.

A retired NHS Executive Director with over 25 years experience, Jan won the NHS Leadership Award in the category of Inspirational Leader while working at the Nuffield Orthopaedic Centre NHS Trust where she was combined Chief Executive and Chief Nurse for 6 years. In 2011 she became Chief Nurse and Director of Clinical Standards at NHS South Central SHA and in 2013 became Director of Nursing for NHS England, South West, North.

Jan combined this role with being Director of Commissioning for Health and Justice for the South and Director lead for Mental Health Homicide Investigations.

She also sat on the National Nursing Informatics Strategic Taskforce and chaired the Care Records System for the south of England. Jan was on the programme board for National SPfiT, is a member of the NHS Employer Policy Board and is a Registered Panellist for the Nursing Midwifery Council.

Lucien is a mental health nurse with over 20 years experience.  He has worked across many areas and held posts in hospitals, community services and in private sector care.  His clinical interests include embedding learning in teams following serious incidents and service development.

Throughout Lucien’s career he has recognised the importance of supporting staff at all levels of care delivery and he has been key in organisational development meet the challenges of a modern care system.

Since 2015 Lucien has worked for NHS England with responsibility for mental health homicides.  He has been working with Making Families Count since 2016 and he brings his invaluable inside knowledge of the NHS to their work